Plans For The Future 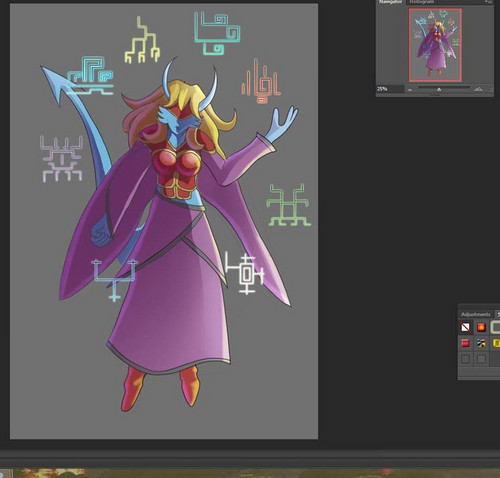 Things have been a bit slow, for a variety of reasons, but I'm here to assure you that things are fine behind the scenes. Eric Matyas, our musician, is starting work on Hanaru Village's official theme, which we're very excited for, and Belladona's new battler has come in, and looks fantastic. The Female and Male Thralls will be worked on this week I am told as well.

The past day or so I have been at a convention (not presenting anything) and generally unwinding after a stressful week. My batteries are recharged and I'm looking at a number of tasks right now. Here's generally what to expect from us, after a brainstorming session or two:

Keep in mind all of this is from the perspective of a large time frame, so we'll be working on Chapter 3 and beyond for a fair amount of time. I do have a number of tid bits I want to cover beyond this, but I will be saving that for another update post, when I'm ready for it. Anyway, I will be trying to get more boss fight videos, cool event coverage of highlights in the game, and other such goodies recorded and uploaded as the week goes by.

A quick shout out and thanks to everyone who has been checking out the game, downloading, and following us. You're all amazing and it's a great morale boost to see the increased interest in this project! If you have any questions or concerns about the project, please let me know! Your input is incredibly important to the team, and especially to me!

I've rambled on long enough, so I'll see you all later!