This week was the week of the playtest, and I mean, lots of it. Lots of bugs were found and are fixed in the dev build but need to be transferred over to active build. Always check in the Bug Desk to see the issues we're aware of. If you've encountered a bug in the game, please report it to the Bug Desk section asap. I'm only one developer, so I need as many eyes and ears poking about as I can get.

We're currently clocked in at 5 hours of testing, and are currently in the midst of testing the dungeon's difficulty itself. Still fairly early into the testing of the dungeon and I'll probably be doing this for about another week or maybe even three. It's hard to tell.

The issue with getting a bug fix out is, we've already started linking the new storyline to the current progression system, so if we rush a fix out, we'll likely have to break and unbreak it just to fix the bugs. If that's the call I'm gonna have to make, what will be will be. While it's still working though, I need to get all of this dungeon tested thoroughly.

As for our asset creation team, Zephyr has been hard at work on boss/monster designs and is working on one of the important boss designs for the story atm. Xavier has been working hard behind the scenes, this week presenting two tracks, one for Iskar's theme, and one for the Sacred Valley (in its proper, post main story arc state). I also created an Evil Hand enemy battler as part of the encounter design phase, it's rough, but it'll work until Zeph is able to do her magic. 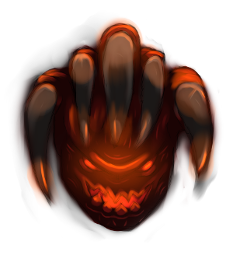 There isn't much to be shown this week, which is unfortunate, but we'll see more as the weeks progress. I have plenty of class skill testing to do and implement, so more class demonstrations will be coming in the future.

Depending on what time we have left after the main story additions are tested, I may try and get some extra concepts in that I couldn't before. Only if I have the time though, you all shouldn't be kept waiting for important features and bug fixes.

Thank you all for your patience, have a wonderful week everybody!