This week continues the march of pixel art progress, I've added some new tiles since my last post that has massively expanded the tileset's versatility and I'm slowly compiling a series of themed tiles for different sections of the Blighted Cave. Finally, I've been spending several days on a major sprite project, the fruits of my labor I'll share now.

This is the main boss of the Blighted Cave, it's far from done animation wise, there's still a lot of details yet to be fully added in, the hair and tendrils are the biggest example of this. The project has three frames so far and the third is still early dev, I'll be using it as sort of a inbetween frame for helping smooth out some of the animation's issues. This isn't completely up to date as I've shared what is effectively last night's progress gif, but it gives you a pretty solid idea of where I'm at. 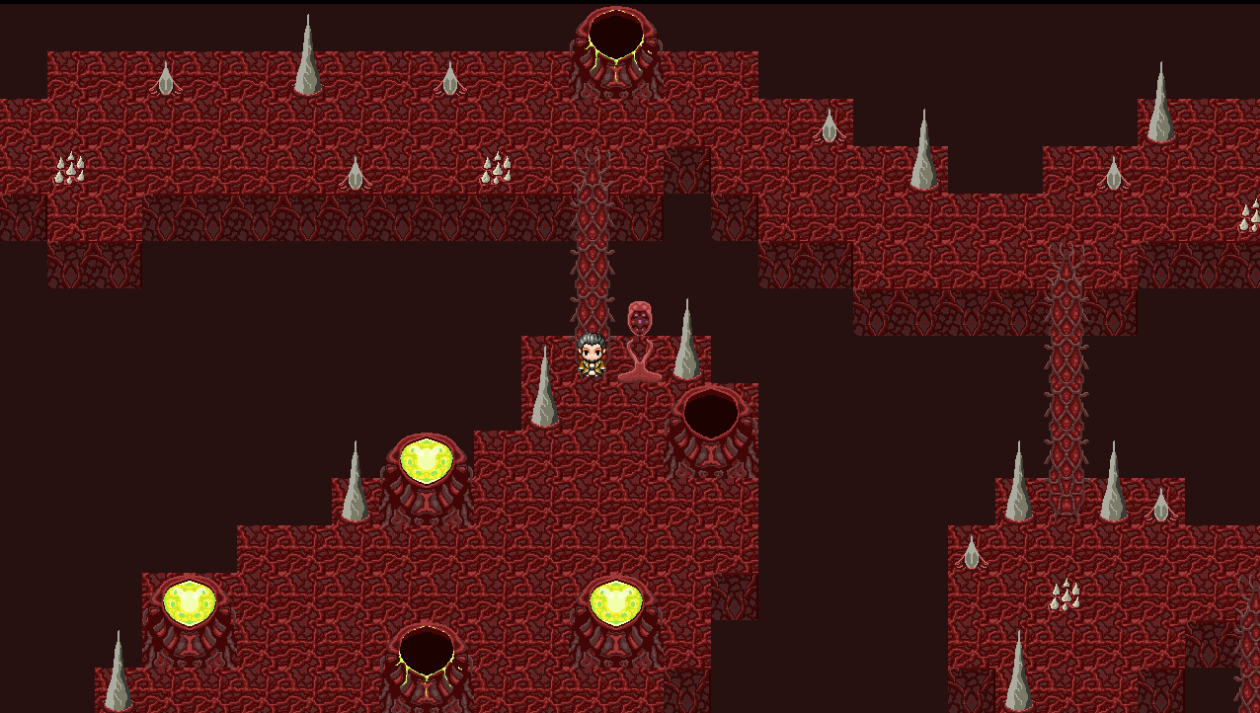 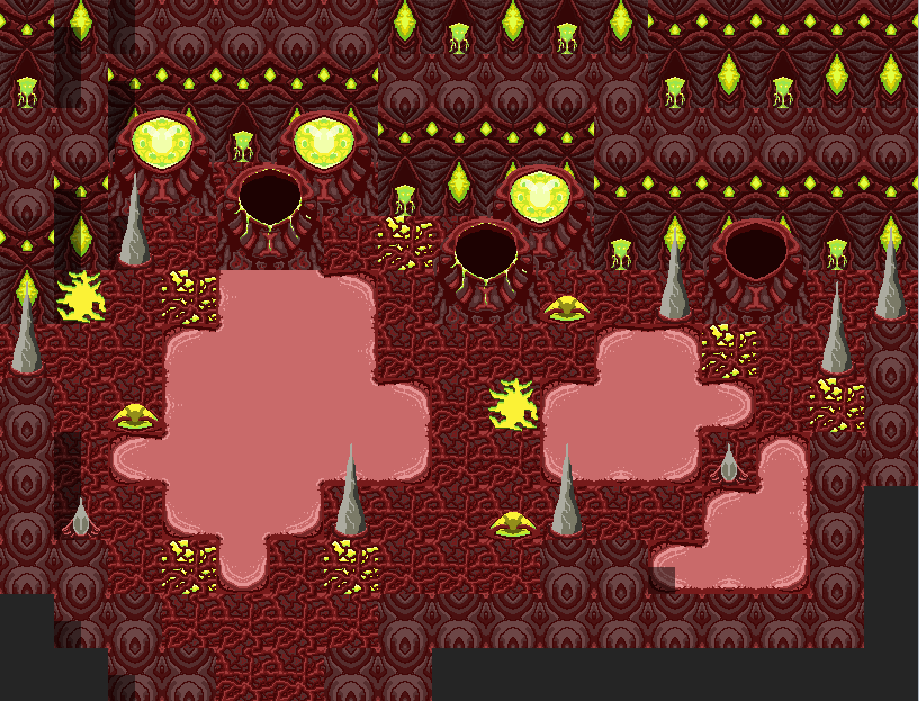 These are the screenshots I've taken of some of the new themed tiles I'm implementing, I'm still a long ways off from being done as there's a lot of issues to fix in just the second picture, but once I'm done designing the main boss sprite, I'll be returning to fixing up the tiles and implementing more as well. Still working my way around finalizing the proper aesthetic, I'm making progress, it's just a lot to learn.

Hopefully in a day or so I'll have this sprite down and I can return to designing this dungeon. Should all go well and according to plan, I hope to be upgrading a number of parts of the game with new tilesets, eventually replacing all default graphics of the engine as a whole. Stay tuned for next week, hopefully I'll have some awesome stuff to show you all then as well!