This week, we've started the baseline implementation of the Interaction Mechanic and kickstarted that with the Nero and Yinae backstory sidequests. As we become aware of bugs and issues you'll probably see this stuff get implemented just as a matter of course (unless I decide to lock it off) but this is a longer term project and I'm not sure how long this will take to implement. My hope is it can get started this month and finished in March. I'd love for it to be done this month but that's reaching a bit.

In other news, it was never asked for, but we did it anyway. We've fixed the text display of the game so that it will naturally extend to the whole of the text box, not just its confined little corner it used to occupy. 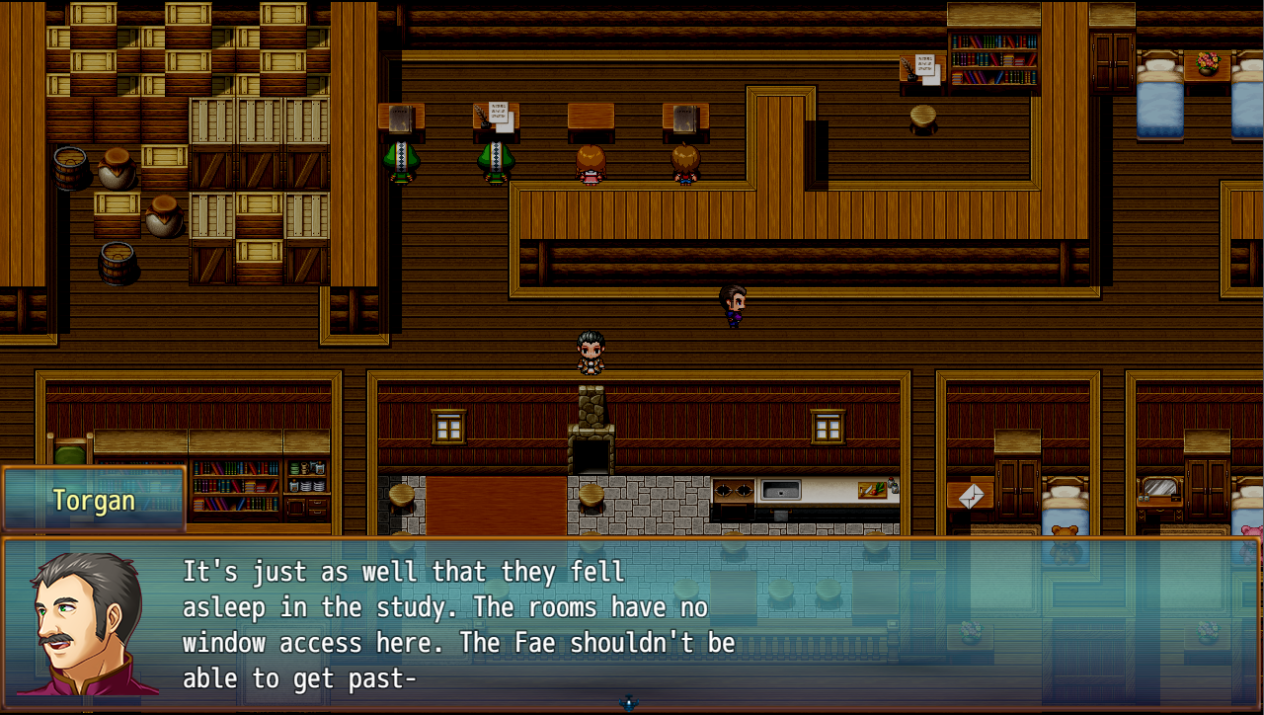 This is how far the text could extend originally 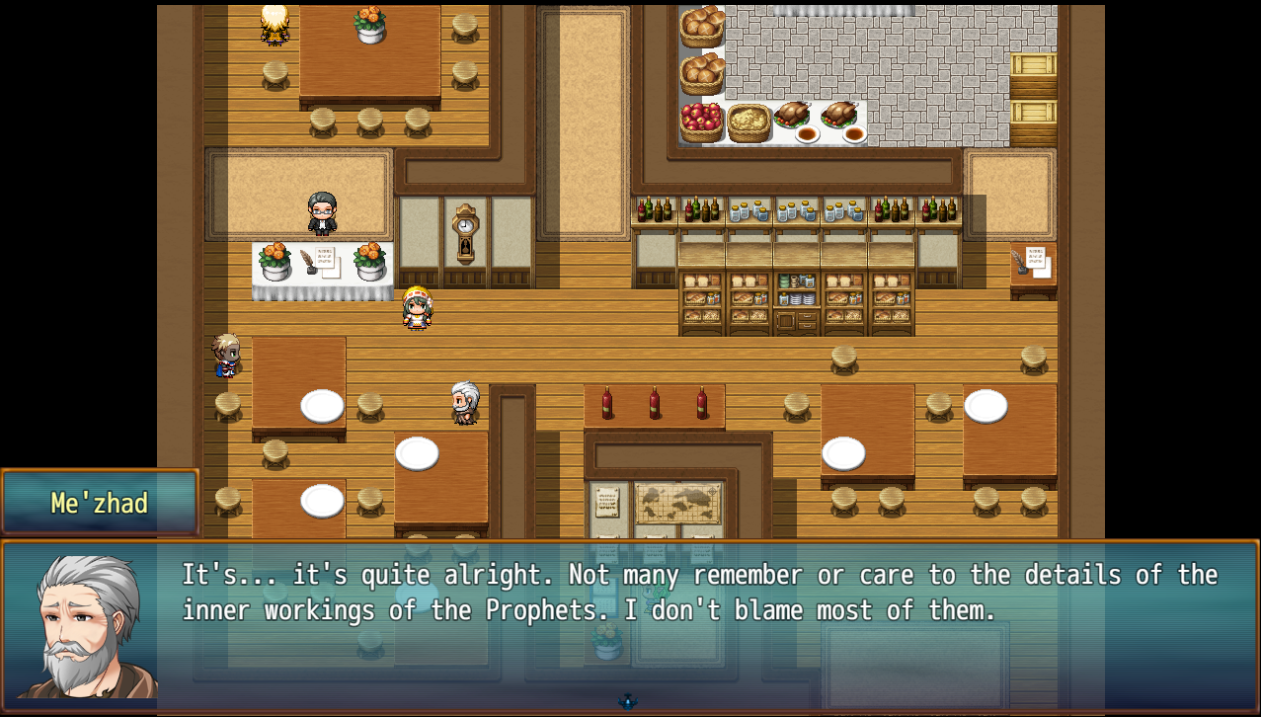 This is the new length text goes to. It's so much more legible this way.
We've already got some good progress on the Yinae side of things (Nero will get his time to shine), but we wouldn't have a good way to handle an upcoming part of the story involving, ah, let's just say, an enemy named after the Hero/Companion were it not for a forum user by name of Astfgl66, who provided a script call that allowed us to fix an issue regarding this mechanic.

In any case, regarding this new storyline and what not, we'll see how far into this story we get, and maybe we'll be able to feature the first part of Yinae's story (fragments of the others will exist but it'll be really limited) in the next update, which after we do some more in game work, we'll see able implementing.

Aside from that I hope to start introducing more monsters into the game, ones for a more special challenge, some even unlocking new skills. In any case I wish you all a great week, hopefully I'll have something put together for you all this week before I write again.