Couldn't be more happy to tell you guys that the base layout of the dungeon is done.  I'm gonna embellish on it with smaller trap and puzzle rooms just to give it more depth, but the main layout is finished. Eventing, Story Stuff, and relevant pixel art is next. I finished the final level of the dungeon just yesterday, and here's a nice look at it: 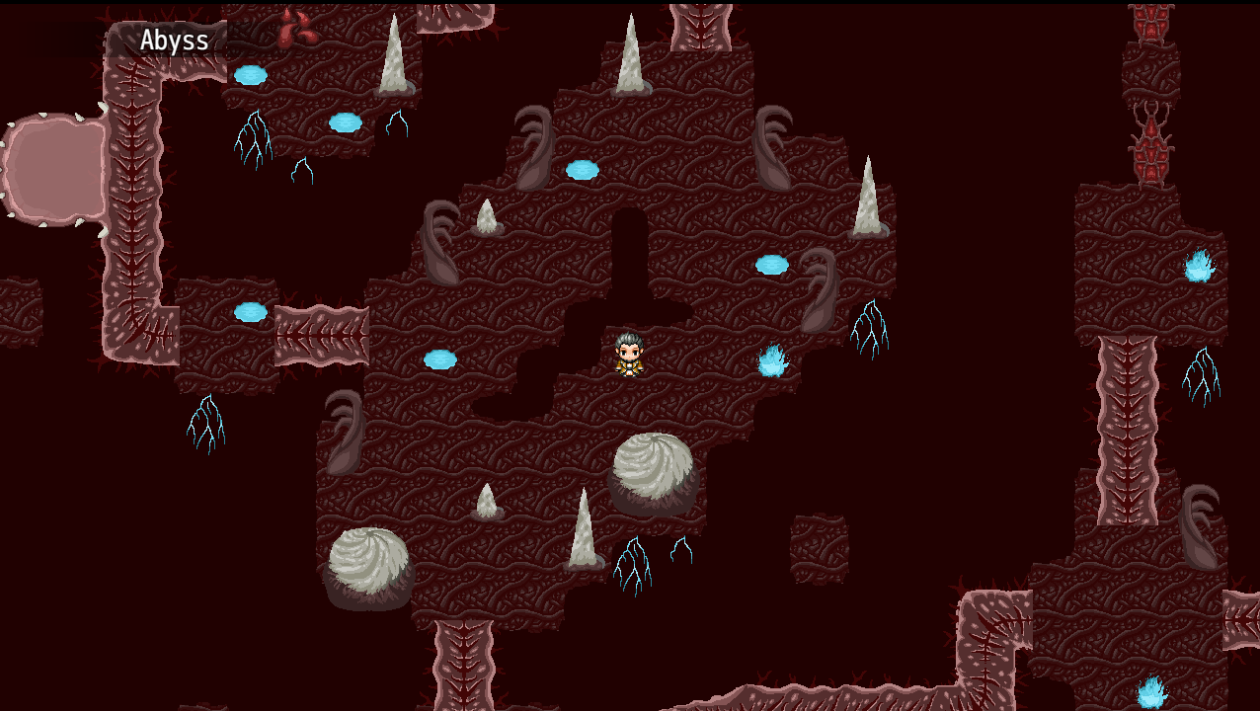 This area needs a bit more work, especially in regards to side areas and detours, but it's more or less ready. The Abyss is effectively the entrance point to the main boss room. 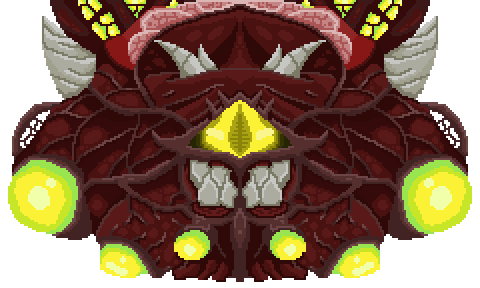 We're still working on this guy's name, but for now, meet the Incubator Guardian, the mini boss guarding the entrance to the Abyss with his own body sealing the way. 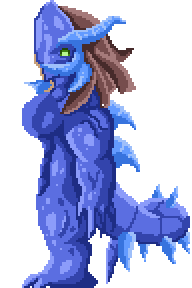 Another mini boss we'll be seeing more from eventually is Veta's Sister, currently unnamed. A human captured in the incubators but did not completely morph into a demon, she was left half transformed, her mind shattered, now hunting her own sister Veta with primitive urges to make Veta like herself. She will likely introduce the Player to the Blighted Cave as a whole when it comes time to introduce the Blighted Cave plot. 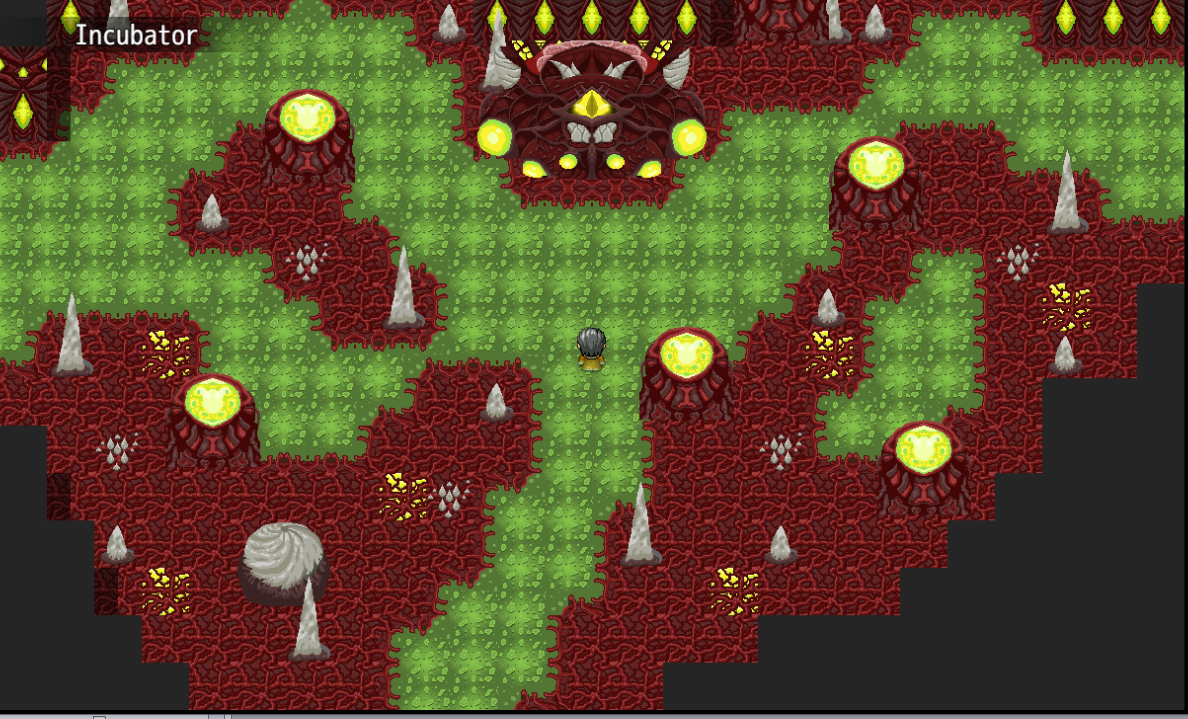 Here is the Incubator Guardian in his main room, just to show off what his arena looks like.

I know it’s ultimately not much visually but because of the progress made, we should see a lot more progress soon. Final thing I will bring up is some major progress on the soundtrack. We’re down to just 9 songs for Chapter 1! Hopefully we will see it complete relatively soon. I promise though: it’s gonna be fantastic, the songs are really tight.

This update may be short but I hope you enjoyed it. I will have more for you guys next week!