Tears of Morganna is an RPG using the Active Time Progress system of RPG Maker MZ, set in a hybrid world of Science Fiction and Fantasy. Control the flow of battle by using your agility or trickery to out maneuver your foes, while hammering them down with several party members with their own unique quirks.

The game demo has an expected run time of 1-2 hours.

In a dystopian world where tyrants rule the great superpowers, life is hard and twisted for many. The wonders of technology is used not for progress but destruction and oppression. Those who dissent are killed, inprisoned, or simply... disappear.
Eight young adults try and find their place in this world, unaware that they and their modern world is to be upended by the advent of the unexplained, the mysterious, and the illogical. Ensnared by an ancient being’s plans, they must become the harbingers of Magic and the end of Man.

This game runs in an Active Time Progress (ATP) System, which bases turn order on agility over set patterns. This system is dynamic and allows the Player or Enemies to adversely affect each other by slowing down or speeding up. This also makes any stun or freeze type status a much more prominent setback.

Each of the eight party members in the full game will have unique elemental abilities unlocked after a certain series of events in their story, and even as normal humans they can contribute to the party with special personal skills. These skills will be vital in outmaneuvering the many foes seeking to destroy or use them.

Remember, a skill can have multiple and unexpected uses, so be sure to pay close attention to how each skill can be paired with another and find your own way forward.

Some other things to keep in mind: guarding reduces damage but also alleviates some damage and recovers MP. With the right combo of skills, guarding can help you outlast an otherwise insurmountable foe. Think carefully about each and every resource available to you, as you will only have a finite supply of recovery and restorative items.

This game is currently released in demo form to gauge interest in the concept. No custom assets have been made for the project beyond a titlescreen.
Once I know what kind of response I am getting from this project, I will begin working on the full project. Before I jump into that, I will start creating art assets to plan out the final style of the project. You’ll see the designs of main characters first, then tileset screenshots and early monster art.
These early advances will be added to the demo, allowing you to see a more accurate portrayal of the game. Once this is done, the full development will start.

Report all bugs to the comments section or to our email at blake@dracowyrm.com

I try to process and respond to all bug reports as quickly as possible. I have a full 40 work week so I cannot always respond right away. Thank you in advance for your patience.

This project is compressed into a Zip File for easier distribution. You will need a program that can read and extract Zip Files to play the game. We personally use WinZip.

Oh my lord I wish I could be there. I will definitely try and see the vod if you keep them. I have two hours to go before work is off, but thank you so much for covering the game!

I like your game. The aesthetic's pretty nice to be honest, and the battles were a real challenge.

On the other hand, you ought to work on your dialogue. Several of your characters are needlessly contemptuous and immature to the point of being insufferable.

Is there any chance that you can be specific about what you didn’t like regarding the dialogue? Examples and context matters. I am glad that you enjoyed the game in some respects. 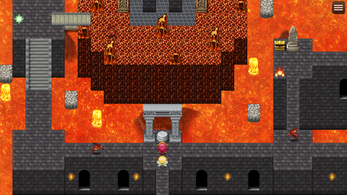 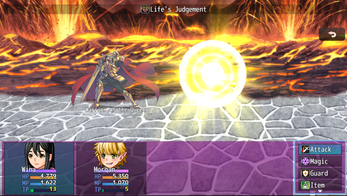 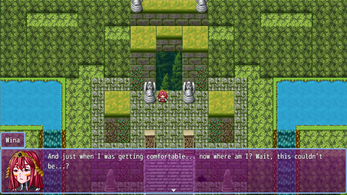